Do you celebrate Halloween?

Do you know how they celebrate it in the UK?

Have you ever heard “trick or treat”? What does it mean? 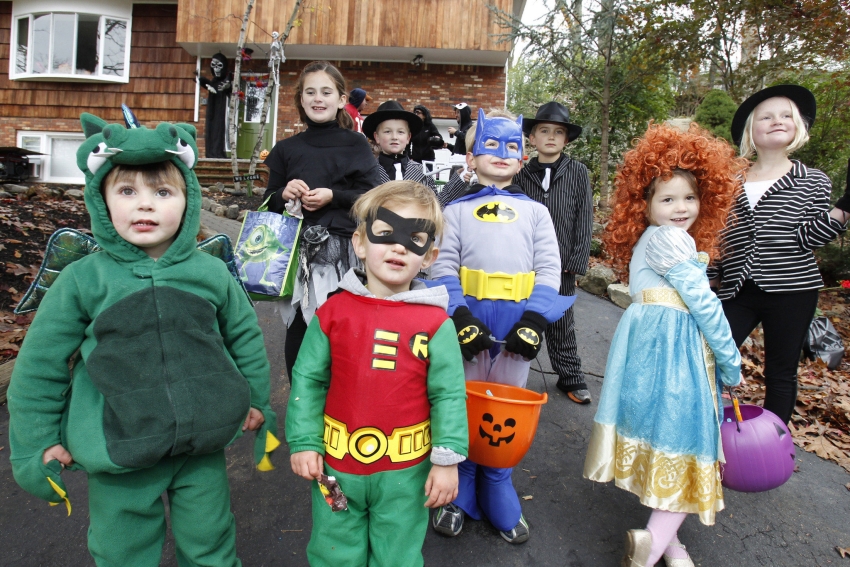 Halloween is a night of fun and celebration. Dressed up in their new costumes, kids walk round the neighborhood in an effort to get a bucket full of treats.

As one of the world’s oldest holidays, Halloween is still celebrated today in many countries.

In Ireland, in rural areas, bonfires are lit as they were in the days of the Celts and children dress up in costumes to spend the evening ‘trick-or-treating’ in their neighbourhoods. In Austria, some people will leave bread, water and a lit lamp on the table before retiring on Halloween night The reason for this is because it was once believed such items would welcome the dead souls back to earth on that night.

Halloween celebrations in Canada began in the 1800s. Jack O'Lanterns are carved and the festivities include parties, ‘trick-or-treating’ and the decorating of homes v with pumpkins and cornstalks.

Halloween is not celebrated in France in order to honour the dead ancestors. It is regarded as an ‘American’ holiday in France and was unknown in the country until around 1996. In Germany, people put away their knives on Halloween night because they do not want to risk harm befalling the returning spirits.

Among Spanish-speaking nations, Halloween is a time to remember friends and family who have died. Officially commemorated on November 2 (All Souls’ Day), the three-day celebration actually begins on the evening of October 31.

Many families construct an altar in their home and decorate it with candy, flowers, photographs, fresh water and samples of the dead ancestors’ favourite foods and drinks.

In Sweden, Halloween is celebrated from October 31 until November 6. As with many other holidays, it has an eve, which is either celebrated or becomes a shortened working day.

What does “trick-or-treating” mean?

Why isn’t Halloween celebrated in France?

What do many families do to honour their ancestors?

Watch the videos on Easter Day in the UK

Halloween around the World

7 Halloween Traditions from Around the World

Have you ever celebrated Halloween?

Did you carve a pumpkin?

How do people in your country celebrate Halloween?