Do you celebrate Valentine’s Day in your country?

What do you know about this holiday? 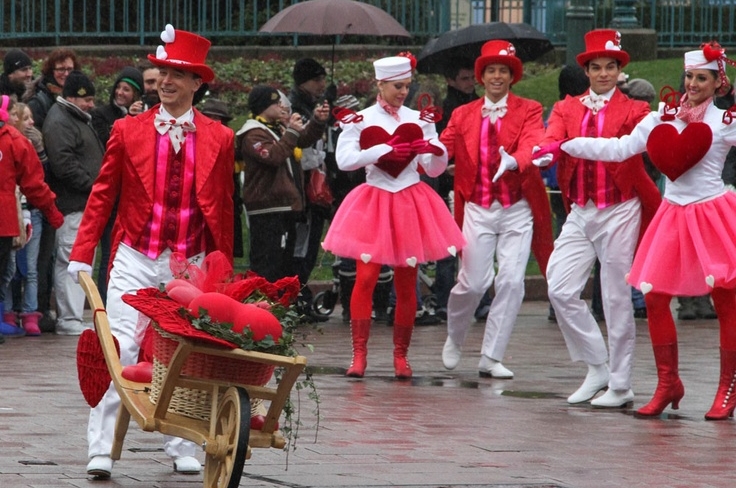 On St. Valentine's Day there is a parade in the West End in London with fireworks, music, dance and acrobatics.

Every February, 14, flowers, and gifts are exchanged between loved ones, all in the name of St. Valentine. But who is this mysterious saint and why do we celebrate this holiday?

The history of Valentine’s Day is shrouded in mystery. St. Valentine’s Day contains vestiges of both Christian and ancient Roman tradition. There are many legends about Saint Valentine and the origins of the holiday.

One legend says that Valentine was a priest who served during the third century in Rome. When Emperor Claudius II decided that single men made better soldiers than those married, he outlawed marriage for young men.

Valentine, realizing the injustice of the decree, defied Claudius and continued to perform marriages for young lovers in secret. When Valentine’s actions were discovered, Claudius ordered that he be put to death. And Valentine’s Day is celebrated in the middle of February to commemorate the anniversary of Valentine’s death, which probably occurred around 270 A.D.

According to another legend, Valentine actually sent the first ‘valentine’ greeting himself. While in prison, Valentine fell in love with a young girl, his jailor’s daughter, who visited him during his confinement. Before his death, he wrote her a letter, which he signed ‘From your Valentine,’ an expression that is still in use today. Legends usually says that Valentine was a sympathetic, heroic, and romantic person. In the Middle Ages, Valentine was one of the most popular saints in England and France.

Gradually, February 14 became the date for exchanging love messages and St. Valentine became the patron saint of lovers. The date was marked by sending simple gifts such as flowers.

In Great Britain, Valentine’s Day began to be popularly celebrated around the seventeenth century. By the middle of the eighteenth century, it was common for friends and lovers in all social classes to exchange small tokens of affection or handwritten notes.

By the end of the century, printed cards began to replace written letters due to improvements in printing technology.

Americans probably began exchanging hand-made valentines in the early 1700s. In the 1840s, Esther A. Howland, known as the Mother of the Valentine, began to sell the first mass-produced valentines in America.

Nowadays Valentine’s Day is celebrated in many countries of the world on February 14. It is a day on which lovers express their love for each other by presenting flowers, offering confectionery, and sending greeting cards (known as “valentines”).

Modern Valentine’s Day symbols include the heart-shaped outline, doves, and the figure of the winged Cupid.

Why was marriage for young men outlawed in Rome?

Where was Valentine considered to be one of the most popular saints?

What was common for people in all social classes to exchange?

What interesting facts did you learn from the article?

Watch the videos on St. Valentine’s Day in the UK

The History of St Valentine's Day

Which tradition do you find the most pleasant on St. Valentine’s Day?

Have you ever exchanged hand-made “valentines”?