Do you celebrate New Year?

Do you know how they celebrate New Year in Britain? 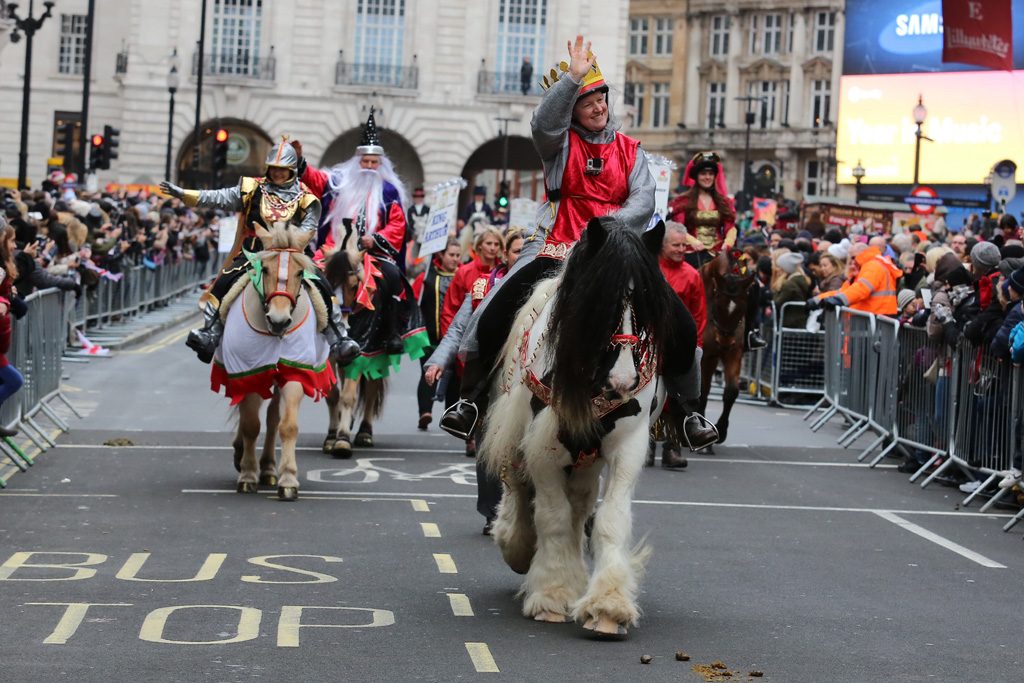 Each year the London New Year’s Day Parade celebrates a particular theme. In 2017 with some celebrity style it was held as ‘All The Queens Horses’.

Christmas is traditionally considered to be the main winter holiday in Britain. The new year is seen as only a part of the Christmas holidays. As a big holiday it is celebrated only by the Scots. However, on the new year's eve many Londoners are going on the main square of the city to congratulate each other on the occasion to the chimes of big Ben.

English people usually celebrate the New year in the city, on the streets, in restaurants and pubs. Young people have fun on the holiday parties that start at 8 PM and continue until morning. A festive crowd is walking around in Trafalgar square during the whole night. Street vendors smartly offer Londoners merry Christmas toys, noisemakers, carnival masks and balloons.

At midnight from the bells of the Big Ben the blankets, in which the watch is wrapped up for the winter, are removed and the chime of the clock heralds a New year. At this time the young lovers try to kiss under a branch of mistletoe to stay together next year.

In the houses there are Christmas trees since Christmas, over the door there hang branches of holly, ivy and mistletoe. The main gifts are given here on Christmas eve, but on New year it is common to exchange postcards and small souvenirs. It is believed that on new year's eve, as well as at Christmas, Santa Claus comes to children. Before going to bed, they leave him treats in specially prepared wooden shoes, and put on the table a plate for gifts.

The most famous of British Christmas traditions is meeting the first guest. It is believed that the year will be successful, if after midnight, a dark-haired young man first comes into the house. However, he needs to bring a gift to the owners - a piece of bread, coal and salt – symbols of food, warmth and prosperity. A visitor throws a piece of coal in the fireplace. After that, all family members congratulate each other and treat guests.

How do Londoners congratulate each other on New Year’s Day?

What are the houses decorated with?

Which traditional holiday meals do you know?

Why is meeting the first guest so important?

Watch the videos on New Year's Day in the UK

Is New Year your favourite holiday?

Do you have a tradition of exchanging gifts?

What other traditions do you have in your family?